Construction of a clothing store in Athens

Construction of a clothing store in Athens 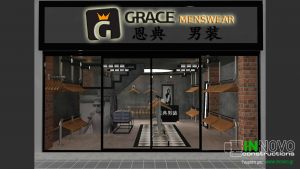 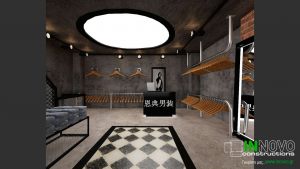 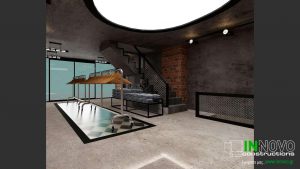 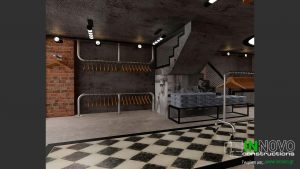 In the capital of Greece, construction requirements are rising. Competition is great and customers are becoming more and more demanding, as they know exactly what’s circulating the market.

In their effort to surpass each other, they want to adopt new techniques and designs and they do the right thing.
INNOVO CONSTRUCTIONS, being fully informed about the international developments in the field of renovations and repairs, can satisfy even the most difficult customer and also implement all the new trends that are being launched.

We created a clothing store with taste and expertise, as usual. At this particular clothing store, we did not waste space by creating a showcase. The facade of the shop is constructed and the products are placed on the front in such a way as to make them visible. The whole store is a showcase on its own.

We have chosen to give an industrial style to the shop, which is at the forefront of decoration, for many years. It refers to professionalism, that the products come straight from hard work and it’s reminiscent of the American market.
As it is appropriate in an industrial style, inside the shop, the gray color dominates giving the feeling of cement. On the overhangs of the walls, a style of obsolete brick was created, as it is used in factories around the world, but of course, being much more thoughtful.

Due to the style of the walls, we did not have to load the store with decorative elements. In any case, the industrial style is a trend in itself and does not require intrusions. They do not fit it anyway. We kept it minimal, as we should.

For product exposure, security barriers were embedded in the recesses for the further support of the general style. In this style, nothing else could come into play. All elements must be consistent and equal.

The bars are one normally placed and the other upside down and screwed to the roof, allowing the display of a double quantity of merchandise, which can consist of both long and short clothing items.

The lights move in the same spirit. On the ceiling outside of the store, elongated black, iron lamps were placed because they do not need any special lighting.

On the contrary, in the inner part of the store which needs lighting, as there is insufficient natural light, large round lighting has been placed which extends to approx. half of the roof.

Spotlights are strategically positioned to showcase the best products. There has been an extensive study of their application and of the exact points so that their lighting only works in a supplemental way without getting tiring. These are iron and black as well, faithful to the style of the store.

In the center of the store a low table, an imitation of a cage, was placed for the display of folded clothes. This also serves to ensure that when customers don’t want something, they can leave it there and the staff will be able to find it easily.

The stairs were decorated with art patterns and dressed with material reminiscent of a wire mesh.

The floor became a lighter gray, adding height to the space. Just in the center, a black and white diamond style was created, where a base for hangers was placed.

When you visit any web site, it may store or retrieve information on your browser, mostly in the form of cookies. Control your personal Cookie Services here.